WE MUST NOT FAIL! - HISTORICAL DOCUMENTS FROM 1986 plus ONE MEMORABLE LIFE & DEATH EVENT--AURA'S PROJECT "GARBAGE DUMP or BASURERO"

SCROLL DOWN for REPORT ON "PROJECT GARBAGE DUMP"

ONE HISTORICAL EVENT THAT COMES TO MIND FOR 1986
On November 30, 1986 I made a supervisory trip to Patzicia using my relatively new 4x4 Toyota diesel pickup seen in the photo below, but had on the camper shell covering the back. 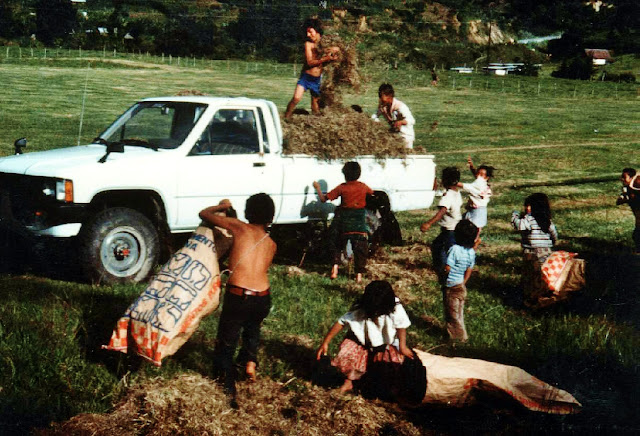 In Guatemala City I picked up a number of items:  Some machinery for the carpentry shop, a public address system for a school in Santa Cruz, plus a number of Christmas presents for the family and extended family at the Central House.
As I was ready to head for home, I remembered that one of my employees, Lorenzo Caal, had asked me to get him a BIBLE.
I stopped across the street from an Evangelical Book Store and went to get the BIBLE. On return to the pickup I jumped up into the cab, immediately opening the window as it was hot, and reached across to roll down the window on the other side....when, all of a sudden the driver's side door came open and a young fellow pushed his way behind the wheel, jamming a 9mm. pistol in my ribs.  A hand reached in the other widow I had just opened, unlocked the door and jumped in with a .38 caliber revolver jammed in my other side.
With me scrunched between the car-jackers, we drove off on the highway leading to the Central Highlands.  As they turned a corner, a policeman was nearby and they warned me to not do anything stupid.  As we drove they talked about how the country's problems could only be solved by killing the politicians, and the rich people who had cars, like me.
I began talking real fast explaining I wasn't a typical "rich guy" rather had just come from supervising a school we operated for needy Indians, and quickly mentioned the Center for Indian Development at Valparaiso, the orphans and needy we took care of, and the out-reach projects we had in many villages, and in Cunen.  The clincher was telling them that a guerrilla leader in our area had old the guerrillas to leave me and the Valparaiso Plantation alone because of treating the workers fairly, and our work helping the needy.
All of a sudden the head honcho, who was driving, turned off the highway into a residential area, stopped and said they'd let me go, and told me to get out--that's when I could have taken action if I had of had in my back pocket as usual my Seecamps .32 cal. pistol--but it was one rare trip when I wasn't armed.  I tried to grab my bunch of keys, and my attaché case, but they stopped me and rather took everything in my pockets (wallet, folding money, even coins) only leaving my dirty handkerchief! They drove off and  turned a corner out of sight.
Within less than 1 minute a Police Jeep came around the corner and I flagged them down, and quickly told them what had happened.  They said they had seen just a block or so away my pickup, with two guys looking into an attaché case on the hood of the truck.
I jumped in with the police and we raced all over the place hoping to find them, but they had disappeared.  At the police station I gave them all the details, and then reached down underneath my dirty handkerchief for my emergency $20 bill,  and made my way to the bus station to catch the last bus for Alta Verapaz.
On the bus, by pure coincidence, I found myself with a close friend, Marta Elena Hun, 1985 Indian Queen from San Cristobal, "Princesa Tezulutlan," and the runner-up for the National Indian Crown. 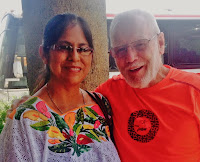 Note:  In May of this year on my supervisory trip to Guatemala, interestingly again on the bus between Guatemala City and Coban, I ran into Marta Elena Hun--the first encounter in 29 years! I'll insert our picture to the right.

In the dark, the bus stopped at the Cruce del CID and let me out, and with just a shirt on my back hiked the mile to the Central House under a tropical downpour, shocking everyone with my appearance and my story.

I had just got through paying for the truck that would be sorely missed for work and the Foundation's projects, and the next day I felt so mad and emotionally upset that I sensed it was making me physically sick--and so I got hold of myself and thanked the Lord in prayer for the blessing of being alive, and able to return to the family, and my people and our work at Valparaiso.  We still had the delivery vehicle, and the tractor & trailer for hauling,  so business could proceed as usual.  In the U.S. I had a relatively new 2x2 Mazda pickup that I soon brought back to Guatemala  to keep the Foundation projects going.  But not having a 4x4 vehicle, and the overall loss of around $28,000,  deeply affected all our work--from which we never completely  recovered.


While on the trip to the U.S. to get the Mazda pickup, the Foundation trustees agreed  to replace at least the stolen vehicle as soon as enough money was available--which  "availability" has never happened.......yet!


NOTE:  The passing of my mother, Ines Andersen, in late 1986, and the Project in mom & dad's honor in Chuluc will be covered in the 1987 newsletters.
******************************************
"PROJECT GARBAGE DUMP"
This is not our project, rather our part in it is a scholarship the Foundation is giving to Aura Andersen who is working to complete her Master's Degree in Social Work.  Her last step is an "Internship" with
The ASOCIACION COMUNIDAD ESPERANZA. It is a project initiated 13 years ago among the poorest of poor people who live around Coban's garbage dump, and scratch out a living sorting through the garbage for food and items they can convert into saleable items--from plastic bottles, tin cans, etc.

You can see a 6 minute YouTube video on the project, clicking on
Proyecto Comunidad Esperanza 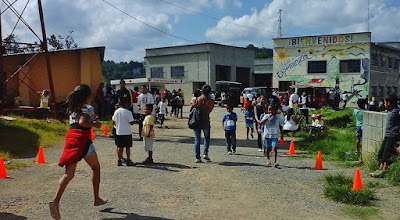 The project was started by Father Sergio Godoy who started by playing soccer with the young men, and bringing "atol" for all to drink.  As he won their friendship and trust, he began raising money from his religious community in Spain, and first began helping abused and needy children and youth. It has grown to include an orphanage with 15 children, a school, recreation center, a clinic, and a dinning room where meals are served daily to 400 children and youth. 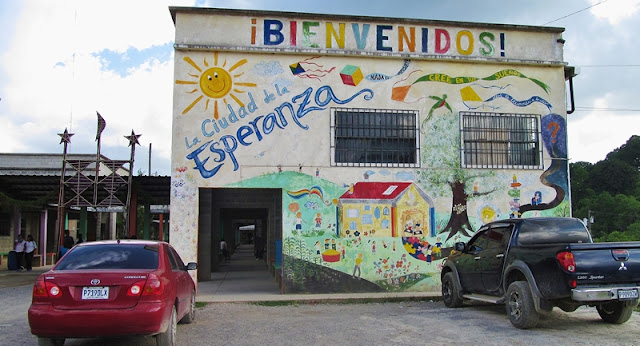 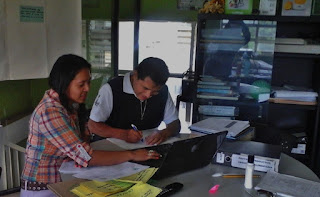 Aura's internship involves specifically studying the nutritional needs and giving classes to mothers,  children and youth, helping them to understand what is a proper diet for optimum health, and related matters.
Her work is expanding as she becomes more knowledgeable of the problems confronted by the community.

Helping the Foundation provide a scholarship for Aura is making a huge contribution to the success of this wonderful project, and will prepare her for a lifetime of serving others.
PLEASE HELP ALL YOU CAN
**************************************
DONATIONS FOR THE SUMMER MONTHS HAVE BEEN VERY LOW SO WE NEED YOUR HELP!

DONATE ONLINE OR SEND YOUR DONATIONS TO:

Posted by Guatemalan Foundation at 10:57 PM