Return to the U.S. with their "tail between their legs!"


At the end of 1993 circumstances made necessary the sale of the Valparaiso Plantation, but this did not affect the people who from 1981 lived in their own community on parcels of land they owned.  For this story go to:  The CID--Center for Indian Development,  Valparaiso Community and Valparaiso School.


The Andersen's established themselves on a small 18 acre farm a 1/2 mile off the highway near Santa Cruz Verapaz.  They constructed their home in the middle of the property and for 8 years supported themselves with what they were able to produce all working together. 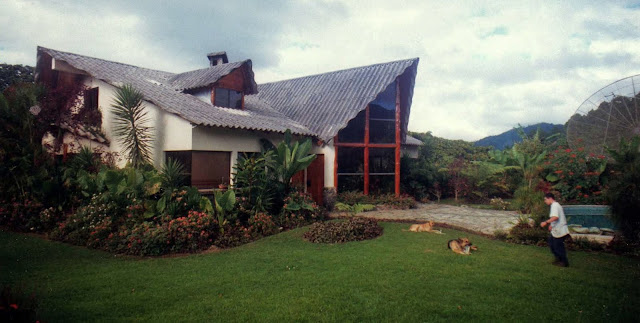 In addition to Cordell's 3 boys, Cordel Ammon "Lito," Jesse Benjamin, and Nephi, there were two girls, Aura Marina and Mahana.


Aura had been given to Cordell on Christmas Eve 1984 when 15 months old and in very bad health.  Below you see the photographic history of this beautiful daughter. 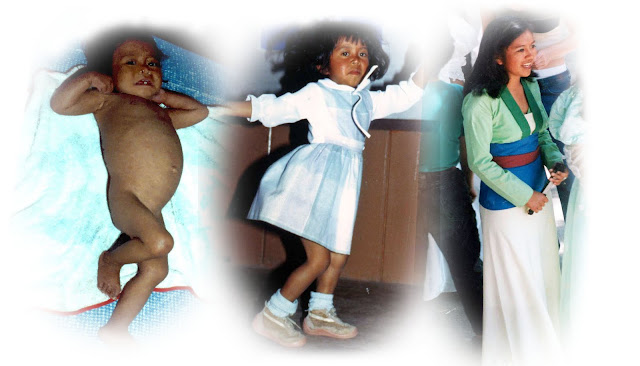 Then in 1991 a mother in the Valparaiso Community died giving birth, but the baby survived and was given to Cordell.  He named her Mahana.  You see her below wrapped in tattered cloth in the Indian way as Cordell received her, then as she grew up, the last image showing her graduation from Springville High School on May 24th, 2011.

In 1996, as a single parent, Cordell adopted legally Aura and Mahana.

In 1996 the United Nations negotiated a Peace Accord between the government and the guerrillas, and the more than 30 year war ended (with from 100,000 to 200,000 dead and missing).  But the country became more dangerous as many of the guerrillas, armed and trained, became criminals--kidnappers, murderers, and highway robbers.  It got progressively worse as Guatemala became a bridge in the drug trade between Columbia and Mexico.

Then in 2001 Cordell made a trip for the Foundation to Guatemala City with his children where he was to meet with Humberto from Patzicia. Humberto was in a rush to meet with Cordell as he had been advised by a Mayan Priestess (shaman) that Cordell's life was in danger.

The Andersen's got to the city a little early and went up to Sixth Avenue to make  some purchases. They had just come from Burger King and crossed the street and were in front of Taco Bell.   There it happened--a furious fight with gang-bangers. He won that fight with the help of 13 year old Jesse, but it was tough--and many said they were lucky as said gang had killed victims before.   Humberto got there too late!  That and another experience were printed a few months later in COMBAT HANDGUNS, March 2001.

Below is a reenactment of the event--tongue in cheek, although it wasn't a laughing matter.  Notice Cordell's pants all ripped open by the gang-bangers in an attempt to get at his pockets. 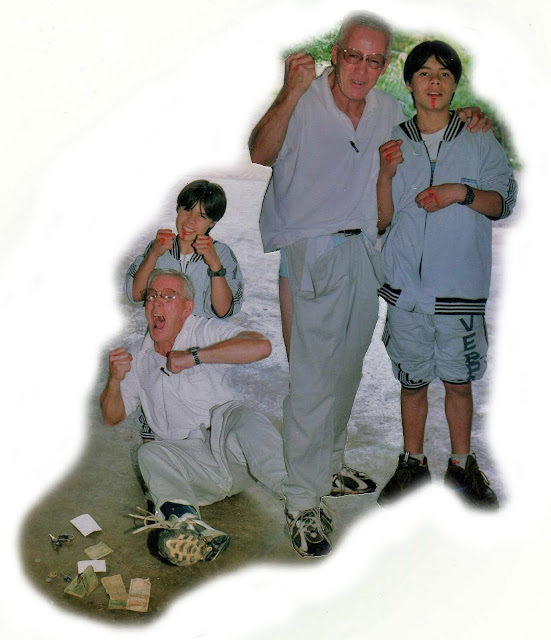 Three days later his woodworking shop was broken into and around $7,000 worth of tools were stolen.  He reported it to the Police, and then detectives visited and advised him to get a couple of sawed off shotguns, hire some guards and when they came again kill them and dump the bodies, not telling anyone about it.  That was the Guatemalan way in rural Guatemala.

Everyone around the home he had built in the middle of his new Farm of the Holy Man near Santa Cruz had been hit by armed men.  Apparently there was some hesitation about hitting Cordell as he had the reputation of being U.S. Army and well armed--even with a sub-machine gun.  But Cordell knew that sooner or later they would be hit.

They had built a security fence around their home, and had two guard dogs, but Cordell knew the bad guys would take the Andersen's on as a challenge and  wouldn't be stopped.  He trained his boys each with their own little handgun, and he didn't sleep much at night often dressed in black clothing for quick action.

One evening he had to go to a meeting and  returned after dark to find all his five children asleep in his big bed.  You see them  below, with the oldest, Cordel Ammon "Lito" on the right with his .25 caliber Berreta pistol near at hand.  Jesse on the left had in his pocket a Walther .22 caliber pistol. 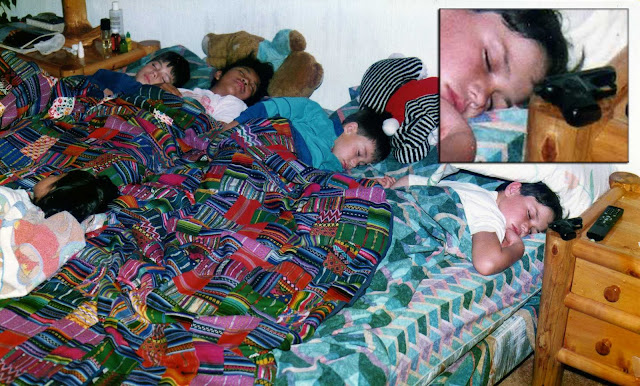 This scene caused deep reflextion about their situation.  Literally for years the fear of kidnapping by criminals had Cordell taking, and picking up his children at school in Coban every day.  They constantly had to be on guard, and Cordell couldn't afford to relax.  Peaceful sleep at night was impossible.

He was ready and confidant, but quite frankly he didn't want to have his boys help him kill anybody, nor help him load the bodies into the pickup to dump somewhere--while the girls were mopping up the blood.  He thought, "Maybe I'm getting too old as this isn't as exciting as it was 20 or 30 years ago."  He decided it was time to head home to Utah but first one more glitch.


Back in the first years Chepina had been taken in when extremely sick, saved and grew up at the Central House.  Now in 2001 she gave birth to David, but  remained in the hospital and wasn't expected to live.  She wanted Cordell to have David.  Cordell prepared to remain in Guatemala to raise another child, and for a month David slept at his side. 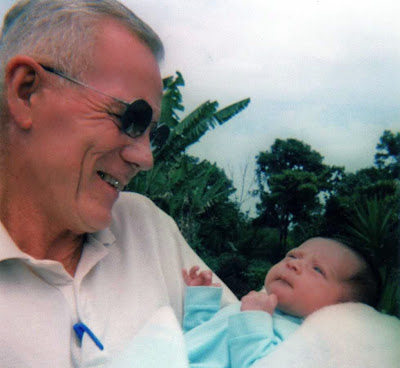 But Chepina miraculously recovered and was able to raise her son.  You see a montage of her story below. 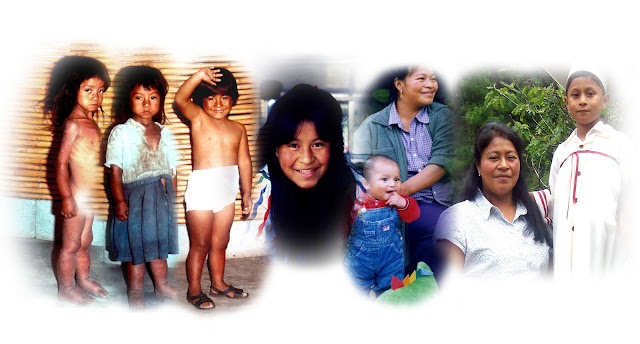 In 2002 Cordell sold their farm and returned to the U.S.  "with his tail between his legs" as predicted by Sister Cannon in 1967.

His two Guatemalan representatives could safely and effectively manage the projects in Guatemala.  Both of them being devote Catholics would be able to continue the Foundation's work effectively among the needy of all religions.

Cordell was needed on the U.S. end of the Foundation.

Since  2002 they have lived in Springville, Utah where he continues as the Foundation's Field Director--the office occupying half of his small bedroom in their old pioneer period rental home.  In 2008 he became the Executive Director, and in 2010 was chosen as Chairman of the Board of Trustees.

On January 1, 2011 the Foundation's name was changed to the GUATEMALAN FOUNDATION.

As you might imagine the Foundation, being a volunteer organization, owning no property or expensive building, functions with an unheard of efficiency.  Any administrative expenses are more than covered by donations from the trustees.  100% of other donation are sent to the two native Regional Directors who, with incredible efficiency, dedication and courage, persist at helping the most needy of their own people.

For the first part of the story click on:
HOW THE FOUNDATION BEGAN
Posted by Guatemalan Foundation at 11:35 PM