This letter was written on December 25, 1967 in gratitude for LDS members who had sent a donation to help us specifically with our first project, a traveling move, called "CINE CHAPINLANDIA," which was all part of what we were calling:
THE ANDERSEN FAMILY PRIVATE PEACE CORP
By this time we had acquired a small property called "GRANJA LA CABAÑA"
which became the largest poultry farm in Northern Guatemala, from which we finally able to support ourselves in Guatemala.  We took a picture of our family in front of the farm house and sent it as a Christmas greeting to family & friends which you see below, followed by the letter to President Markham. 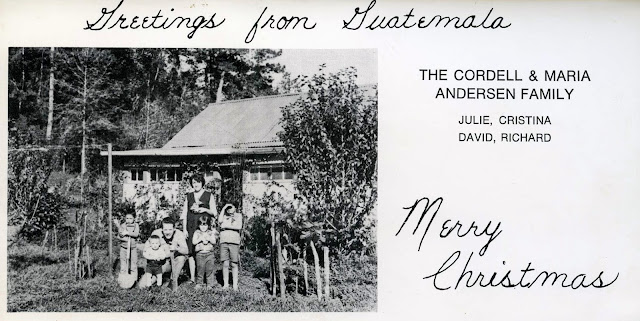 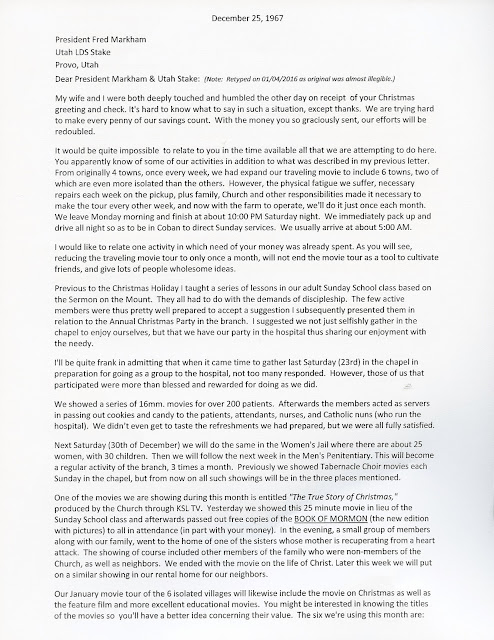 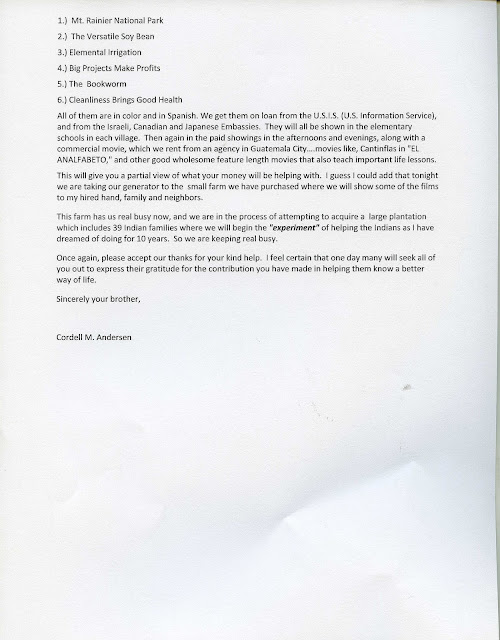 Posted by Guatemalan Foundation at 12:36 AM