In 1967 the Andersen family began their "Private Family Peace Corp"  efforts with a traveling movie, visiting 6 of the most isolated rural communities in Guatemala--an area with over 200,000 people who had no medical services. The pickup camper soon became a mobile medical clinic treating many sick and malnourished--making EMERGENCY AID an integral part of the effort.
Eventually they settled on the Valparaiso Plantation with 39 resident Indian families with sick and dieing Indians in every thatch hut. Thus, Emergency Medical aid became the bedrock of their activities, and continues as such in all Foundation project areas among those participating in Foundation projects. 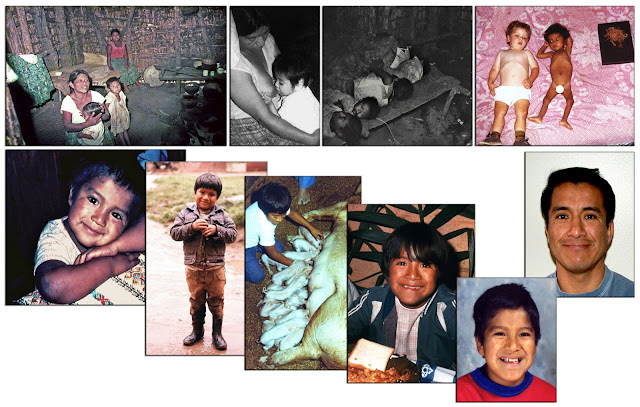 One of the first "Emergency" projects began when Cordell found a lone grandmother struggling to raise her children and grandchildren.  The smallest nursing from her dry breast was Miguelito.  You see her with family in their thatch hut, all sleeping together on a hard wood platform.


Eventually, Miguelito at 2-1/2 years old was given to the Andersen's when he was dieing. He is seen in the upper right  weighing  13-1/2 lbs. compared to Joey Andersen, the same age, who weighed 39 lbs. All efforts to save him were failing when Cordell made a daring move--giving him internal parasite medicine that he had seen kill weakened babies.  He gave him 1/4 of the infant's dose, and out popped  1/2 lb. of round worms.  From then on progress was rapid.
He was part of the large Andersen family until he was 10 years old when he was adopted and grew up in Heber, Utah.  He later became the first person born at Valparaiso to become a fulltime LDS missionary, serving back in his own country.

Time after time at the Valparaiso CID--Center for Indian Development, this kind of story was repeated dozens and even hundreds of times, as seen above in 3 examples: On the left, Lic as a dirty little boy who didn't speak Spanish, but who grew up in the Central House and became the first professional from Valparaiso--a CPA.  In the middle, Chepina with a typical case of Kwashiorkor, saved, raised and educated at the Central House, now raising her son and running her business in Coban.  On the right, Aura also saved and raised in the Central House and adopted legally by Cordell.  She is now studying to be a Social Worker at the University of Landivar.

Below are many before and after Emergency Aid projects representing the many hundreds and thousands performed over the years. 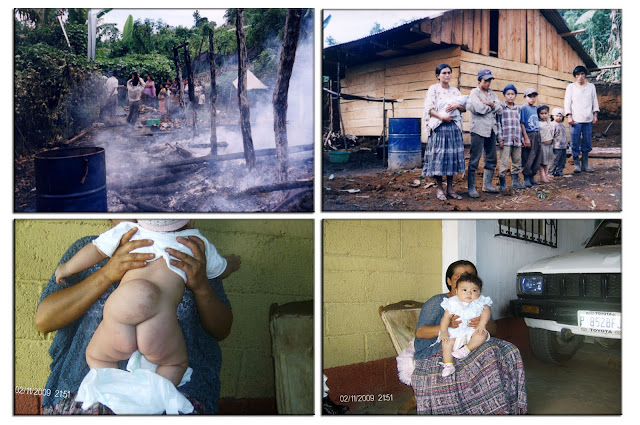 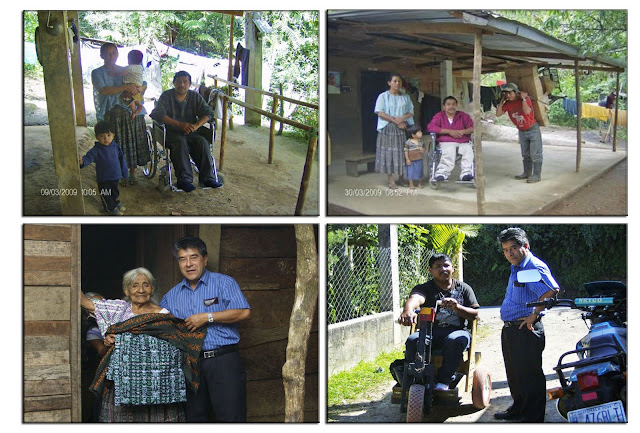 From initial medical aid projects at Valparaiso, EMERGENCY AID has continued in all Foundation project areas in many forms such as home repairs after hurricanes & floods, replacing burned down homes, ambulance service, acquisition of wheel chairs, aid to help the  incapacitated generate income and support, aid with burials, etc.  as seen in the photos above and below. 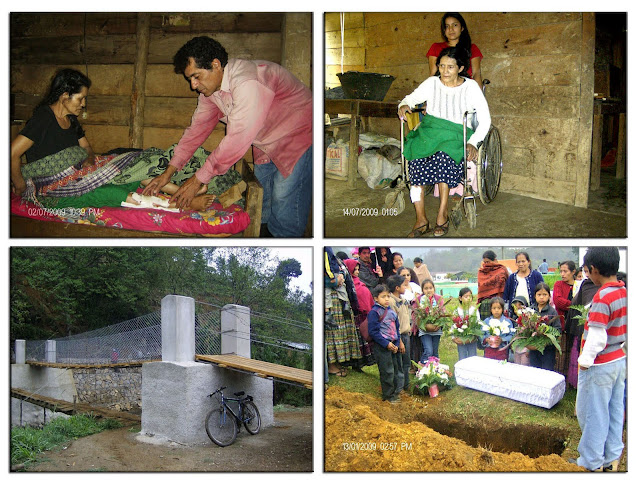 Above  are self explanatory Emergency Aid projects, except for the one on the bottom left:  Do you see the inadequate and dangerous foot bridge?  Now the several village area is accessible by bicycle and even motorcycle.
Below is the story of Arcadio and wife, Teodora.  Arcadio's legs were paralyzed in an accident.  Our Regional Director, Federico Veliz got him a wheel chair and tools so he could repair shoes in their simple home and support his family.  But his leg became infected and he suddenly died. 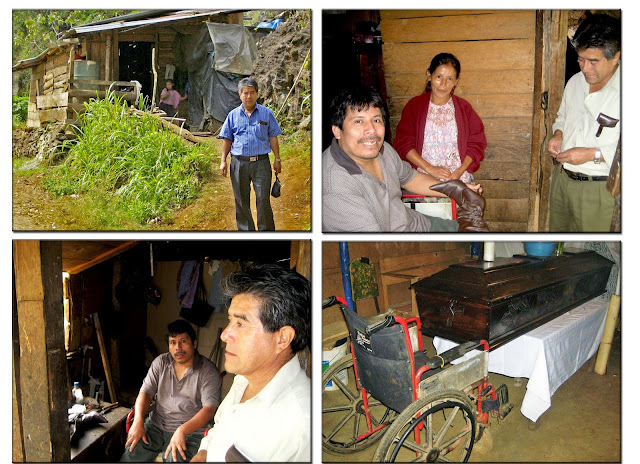 Teodora, his widow was left alone with two children.  We helped her open a window onto the street with a small store, including a refrigerator (not seen in these photos) making possible selling cold drinks and ice cream.  But there was a need of improving their home, and enlarging their store. 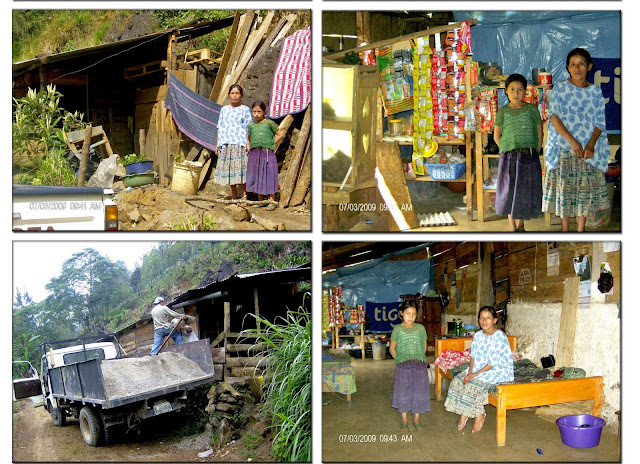 We went to work fixing up her home with a cement floor, and then turned their shack into a cement block home with a store large enough to support the family.

Posted by Guatemalan Foundation at 1:35 AM