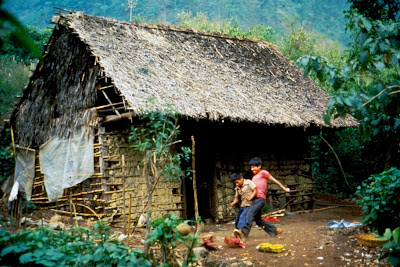 The 39 thatch huts at the Valparaiso Plantation  had ZERO OUTHOUSES and were incubators for disease and death.  Sick and dieing were found in each hut. Later we learned that some were hid from us, as they couldn't trust a land owner--especially this strange white "devil."  24 died over a couple of years in the struggle to treat, save and gain their trust.  Some were hid from us, others only brought to our attention when it was too late.  Of course many more than that were saved from sure death. 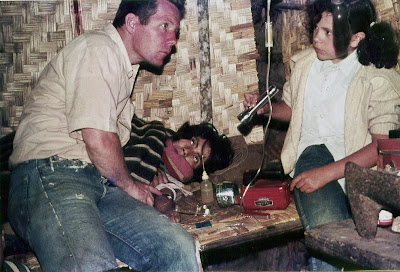 As my daughter, Julie, and myself became deeply involved treating the sick we often became frustrated with our cured patients as a month later they would relapse.  As long as they persisted in living in the same unhealthy conditions, and with unsanitary habits, their problems would continue. 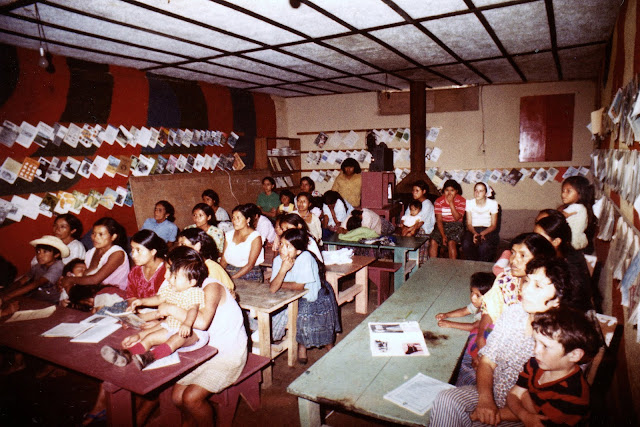 A preventive program was critical and classes began in which we taught where sickness came from and how to stop it in its tracks--focusing first on  "cleanliness,"  and the  "invisible world of microbes--that were causing their sicknesses."   It was crucial they learned to clean  up their environment and personal habits, but they laughed at the  idea of something "invisible"  existing that had the ability to kill them.  Nothing changed. 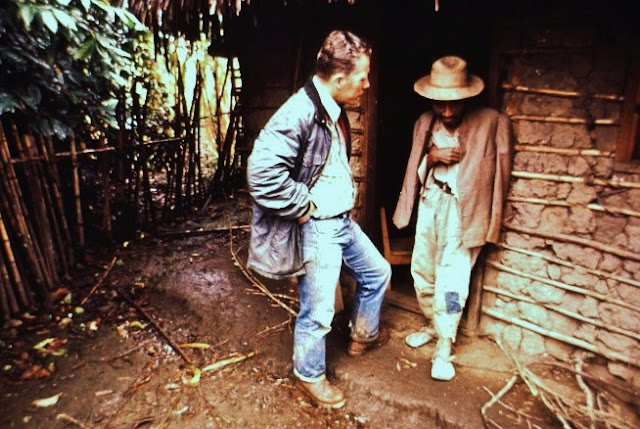 As the teaching process went forward the struggle to treat and save continued.  Effective treatments required taking medications according to instructions and this made necessary hiking the muddy trails to their huts  to dispense medications.  In critical situations I sometimes even had to sleep in their homes with an alarm clock.  On doing that every now  and again I started getting sick myself, once for example with typhoid. 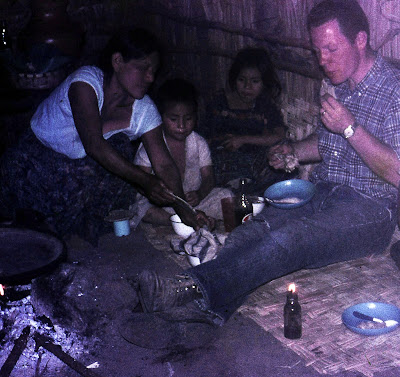 When I had to be gone for a day or so, Julie was given a list of treatments she had to follow up on--including giving shots when only 10-11 years old.  This had to get turned around through the teaching process. 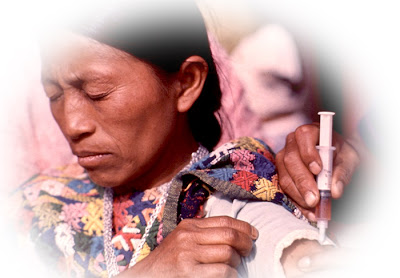 In the classes using filmstrips and movies from the U.S. Information Service, and programs I put together, we were still laughed at when talking about the "invisible monsters" that made them sick.  I  had to prove it to them  by showing them that deadly world.  I contacted my bacteriologist father asking   him to get to me an old family microscope he had salvaged from a pile of  junk at Iowa State U, and of crucial importance, Petri dishes and nutrient agar. 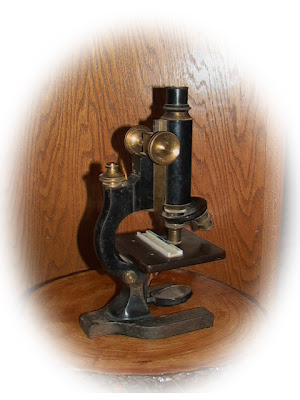 Soon the  "invisible monsters"  were growing in the Petri dishes, from: Dirty hands and  fingernails, kitchen utensils, water, a fly walking across the agar, dust from sweeping, the cough of a sick pupil, etc. Two days later the multicolored cultures were seen and their foul odor perceived by the awakening Indians, and they began believing where foul odors, rot and disease came from. 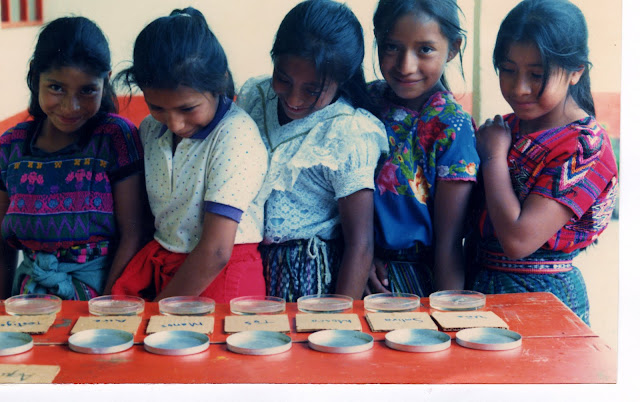 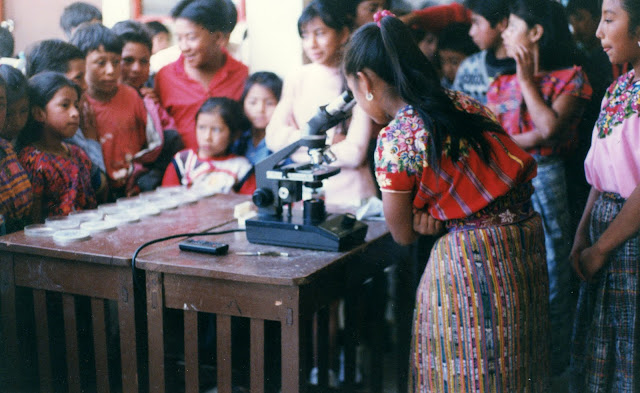 They were then shown with the microscope the  "invisible world of microbes,"  and began taking seriously the importance of cleanliness.  As you can see, eventually the Foundation acquired modern microscopes from a couple of donors.

Many things began happening, such as:

☼ Building their first outhouses
We promised to provide each family that dug their outhouse hole a floor and seat.  For 2 years nothing happened until proving to them the existence of "the invisible world of microbes."  Then one day we received the incredible news that someone had dug their hole and wanted their floor.  We went into production, and by the end of 1970 every home had an outhouse, one like you see above on the right, large enough to also store their firewood . 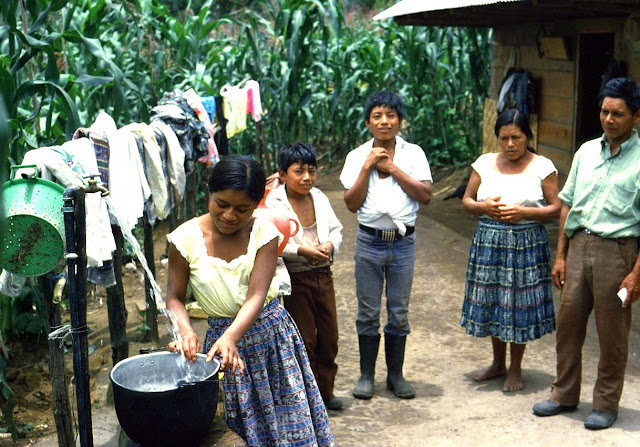 ☼ Clean homes and yards, proper care of garbage
☼ Control of animals
and more.
Disease was stopped in its tracks for the next 3 years among the 240 resident Indians at the Valparaiso Plantation! 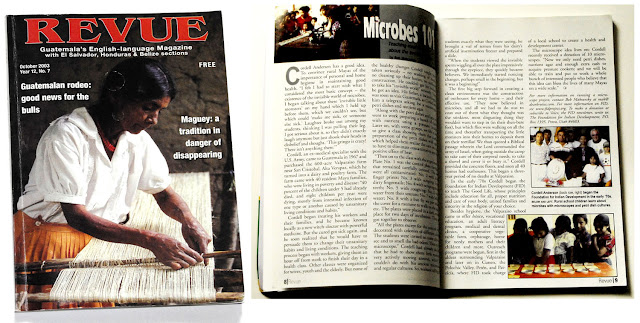 This method of teaching cleanliness was published in the November 2003 issue of REVUE, Guatemala's English-language Magazine, in an article entitled: "Microbes 101--teaching rural Mayans about the Invisible World"
www.revuemag.com
Posted by Guatemalan Foundation at 12:41 PM