TEACHING NUTRITION: Proving "We are what we eat"

On the left is a typical case of Kwashiorkor, a nutritional condition resultant usually from extremely poor nutrition and intestinal infection.  In the center a typical kitchen and living area, and last a starving child.
Historically, next to CLEANLINESS, which was thought to be the quickest way to stop sickness, came PROPER NUTRITION--the long-term solution.


Malnutrition is rampant among the Indians their diet normally made up of white-corn tortillas and black beans. White corn is considered by nutritionists as incapable of sustaining and supporting human life, with little nutritional value, its heavy use considered to cause stunted mental and physical growth, and little resistance to disease.

Change and improvement was in order, but met resistance. The idea of a  "balanced diet'"  with the increased use of vegetables and fruits was not accepted. Vegetables were considered to be "animal food."   A method of effectively teaching Indians  "we are what we eat,"  had to be implemented.


Under the guise of  "economic improvement" or "making more money,"  a series of animal experiments were initiated to demonstrate the importance of a “balanced diet,” using pairs of broiler chickens and 10 lbs. of each of 3 diets--white ground corn, yellow ground corn, and nutritionally balanced broiler feed. 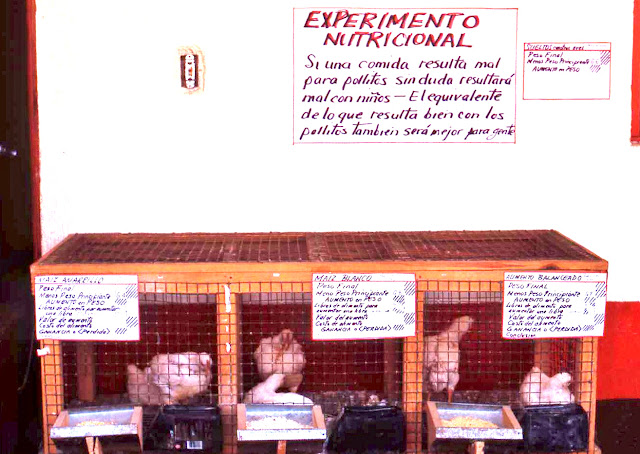 Everywhere this was, and is done, high interest is shown by the Indians.

The increases in weight gain, health of the chickens, & economic profit or loss, were:

1st: White corn--sickly in appearance with only 4 oz. of weight gain for the pair, producing economic loss.  Sometimes they would die.

2nd: Yellow corn--small but healthy in appearance, with 8 oz. of gain, economically breaking even.

3rd: Balanced diet--huge healthy birds, with 36 oz. of gain each, with huge profit
. 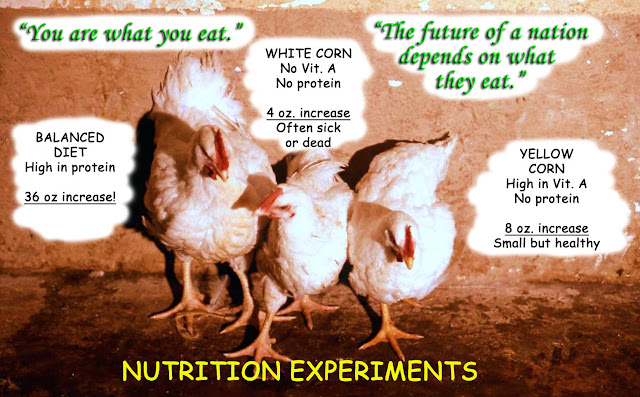 The Indians became convinced “we are what we eat,” and were willing to begin modifying their diets, participating in classes & cooperative vegetable gardens, and other efforts to eat better. This methodology is repeated from time to time, and could be done on a continual basis in many areas if we had the funds to do so. 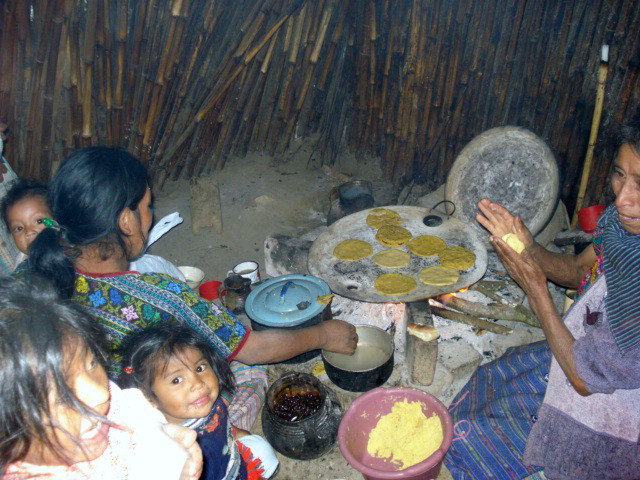 Most Indians in Guatemala eat white corn tortillas, but seeing the greatly increased nutritional value of yellow corn, many Indians begin making their tortillas of yellow corn--high in vitamin A.
Once a group or community realizes the importance of proper nutrition, the way is opened up for us to teach how to economically eat better.  Demonstrations are made showing simple methods of preparing vegetables, and using in 3 different simple ways a highly nutritional product developed by the Central American Nutrition Institute, called INCAPARINA.

The foundation demonstrates how INCAPARINA can be used, 1. As a thickening agent for soups, 2. As a hot sweetened drink, and 3. Adding some to their tortillas giving protein content as well as added vitamins. 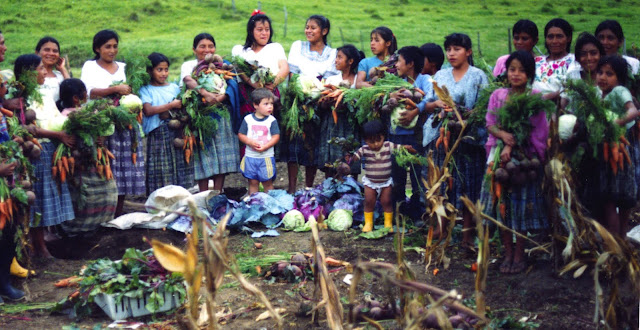 A better understanding of nutrition also opens up the way to teach family  vegetable gardening,  and in some areas cooperative vegetable gardens have produced abundant harvests for the participants.
FOOD SUPPLEMENT PROGRAMS

Today our representatives continue to teach the principles of good nutrition, and aid a number of schools in their daily nutrition programs. Part of this, as reported in another section, is to aid rural community schools construct improved kitchens used to prepare the daily supplement. At the Foundation school in Patzicia, and at the Ariel & Ines Andersen Chuluc School, we provide each mid-morning a nutritious supplement for all the children as seen in the photographs. 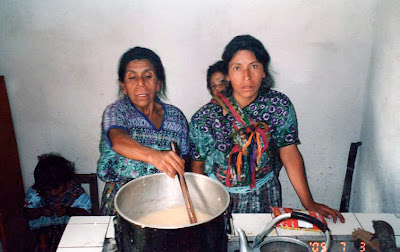 This is the kitchen at the Ariel and Ines Andersen Chuluc School.  The mothers take turns preparing the mid-morning nutritional supplement for the students you see below. 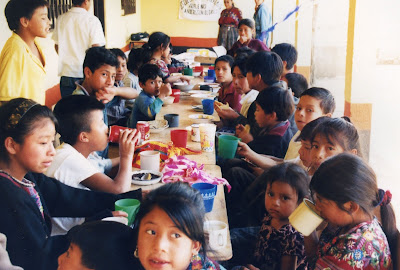 Below is seen the kitchen at the Foundation's Patzicia School where their supplement is prepared each morning.  We are convinced that this nutritional boost each day helps the students be more mentally alert and capable of learning. 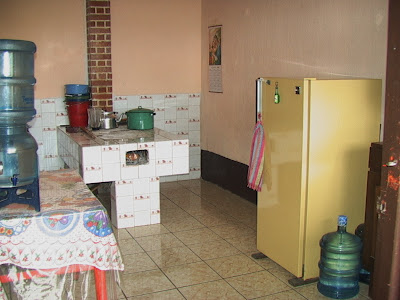 Outside the kitchen the students get in line to get their nutritional beverage, and other snacks like bread or cookies made from soy beans, and bananas. 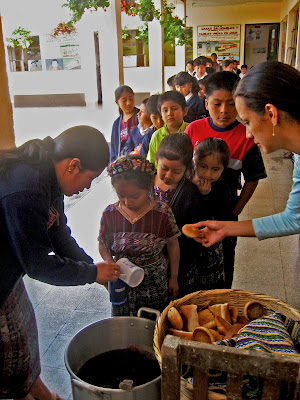 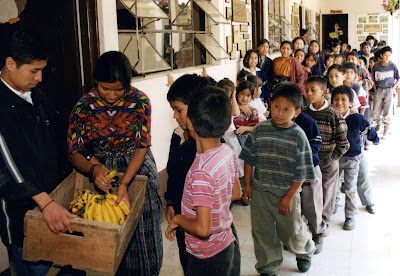 Posted by Guatemalan Foundation at 10:58 PM